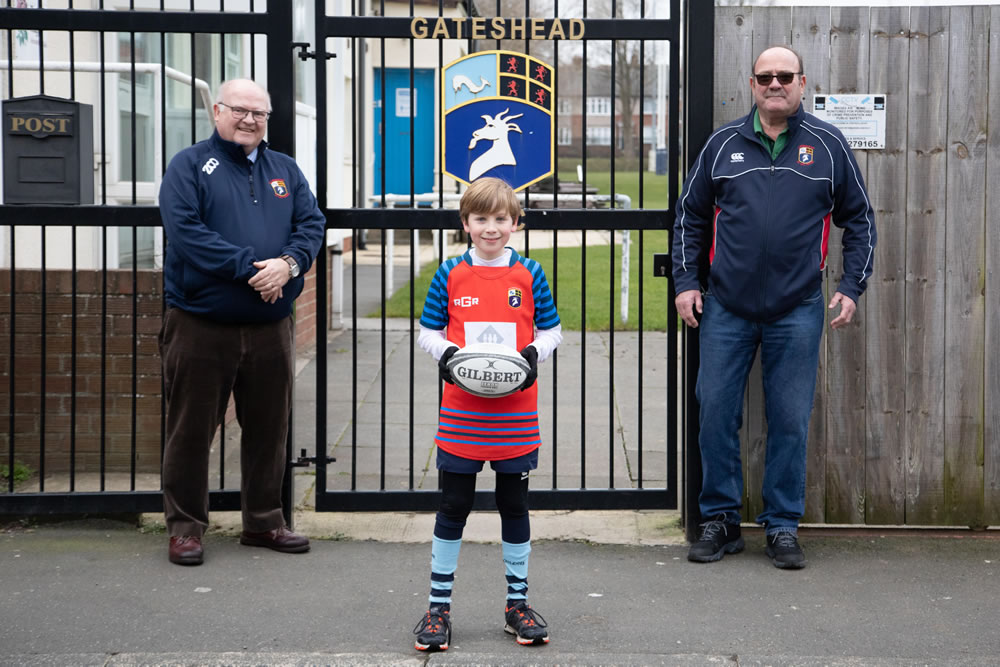 As mentioned a while ago one of our Under 11’s, Daniel Dalglish, took it upon himself to do some running to join in the club’s fund raising effort. He decided he would run one mile every day until half term. His mam and dad, Karen & Hugh promised to sponsor him and our general committee were so impressed they also decided to sponsor him too.

So after a valiant effort and 26 miles later he completed his task and raised £200 to go towards the clubs fund raising. So very well done young man!

We thought it was only right that we got a few photos to celebrate this achievement so Club President Olly Gray and myself joined him for a photo shoot, courtesy of Phil Atkinson of Ignite Images, at the club.

It looks as though we are bouncers there to protect him! And contrary to popular belief we didn’t need a hoist to get us up after those kneeling photos!

So once again well done Daniel. Your mam and dad must be so proud of you as we all are.